Images and words from Field Team member Tim Milne
As producer and host of the Big Coast tv series, Tim has been trolling up and down BC’s coastline from Alaska to Washington with his Islanders on the riggers since 2007. The knowledge and connections he’s accumulated over the years have made him a walking, [sometimes] talking encyclopedia of BC salmon fishing insights.

At press time, DFO had yet to release an update to 2021 fishing regulations or answer to impressive marked selective fishery lobbying efforts by SFAB and SFI. We have struggled mightily for good salmon news. So I thought I’d call a few buddies up for a quote and give you a straight-up non-scientific look at the good times of early season Chinook fishing!

After a cold season of fishing super deep and chasing Winter Springs, there is nothing like the sound of a ripping Islander reel in Springtime.

In many ways, it’s the official siren of the season and an angling awakening all wrapped into one. And that sound. That feeling. That Chinook thing man! 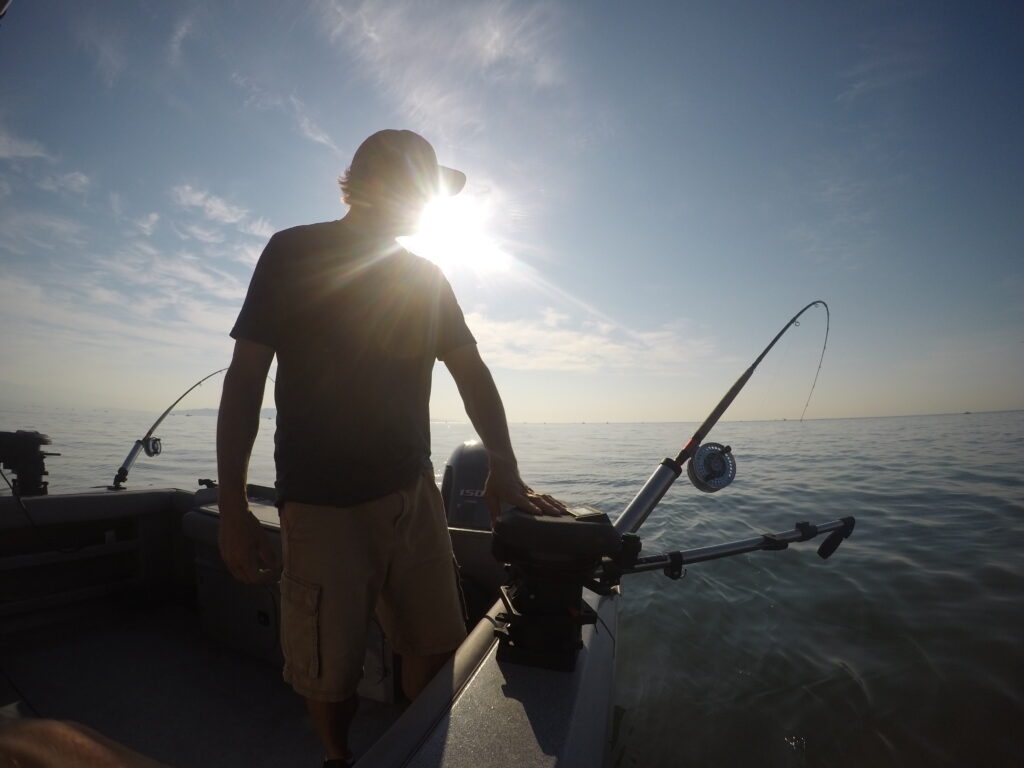 Even for a man of words…it’s hard to put into words.

Now there’s no hiding from the simple fact that I, and many of us, are Chinook Salmon fishermen. Plain and simple. I’ll chase some Coho for sure, but often as by-catch to my Nooky pursuits. I like Sockeye but that’s a barbecue-based affinity. And is there even a public Sockeye fishery outside Alberni any more? Chum and Pinks…you and the bears can have them.

Please don’t get me started on bottom fish.

Which brings us back to hard-charging Springtime Chinook and the pure excitement of May-June angling on British Columbia’s Coast. It may not be prime time, but it’s definitely primed.

Unlike their Hawgust brethren, they of heavyweight Tryee, Tyee and Tyee Grande stature, Springtime Chinook often punch way above their teenage weight class. Now part of this may be due to anglers’ winter dormancy or simply fishing deep bottom for Winter Springs, but there is no denying the raw energy of an early season Chinook.

Punching Above their Weight Class

Several years back at the Percy Walkus Hatchery Rick Hansen Fundraiser Derby at Duncanby Lodge I’d fished a long day and finally hooked a good fish on night bite. It took a massive first rip, peeling line from my Islander TR3 at a searing pace. Then it charged me and I reeled like mad. Like usual. Then it peeled again and again before towing my boat halfway across the Mouth of Rivers. When I excitedly got the fish near the boat I was shocked at the size of fins and lack of shoulders. Seriously? When I hit the dock, this Springtime Ripper tipped the scale at 17 pounds. 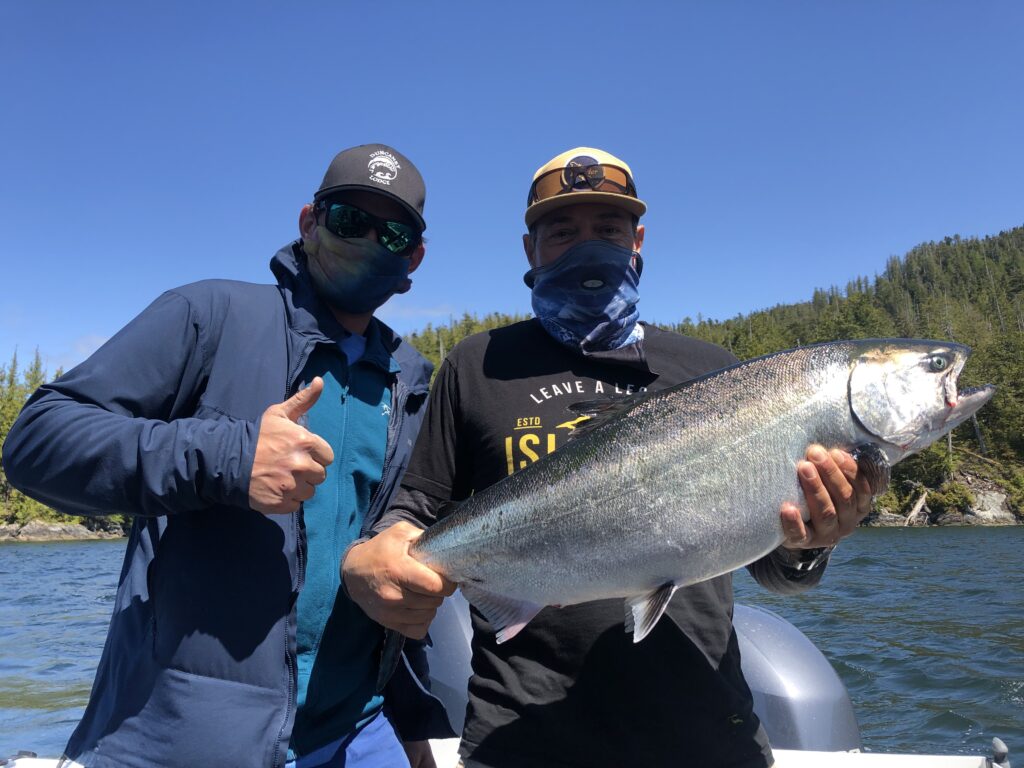 Tyee class fight from a mighty mite. Straight up.

“There is ripping fish in June in Rivers,” says Kyle Morton, Duncanby Head Guide. “There’s an early run of fish that goes by, some big whites and lots of cookie cutter hatcheries. You get them on the line ripping and you just never know what you have.”

Heading North, Prince Rupert has always had battle-ready salmon in May and June. But that’s a Skeena thing. Early Skeena returns bring the Hawgs out early up North so you’re getting heavy into mature Chinook at that point. It’s really a different game.

Cruising down through Central Coast and Great Bear, Bella Coola fish run early and you can be tackling great Chinook by the May long weekend. After that, there’s a sporadic mix of early returners running by with some hatchery fish mixed in. Definite fodder for early season troll. 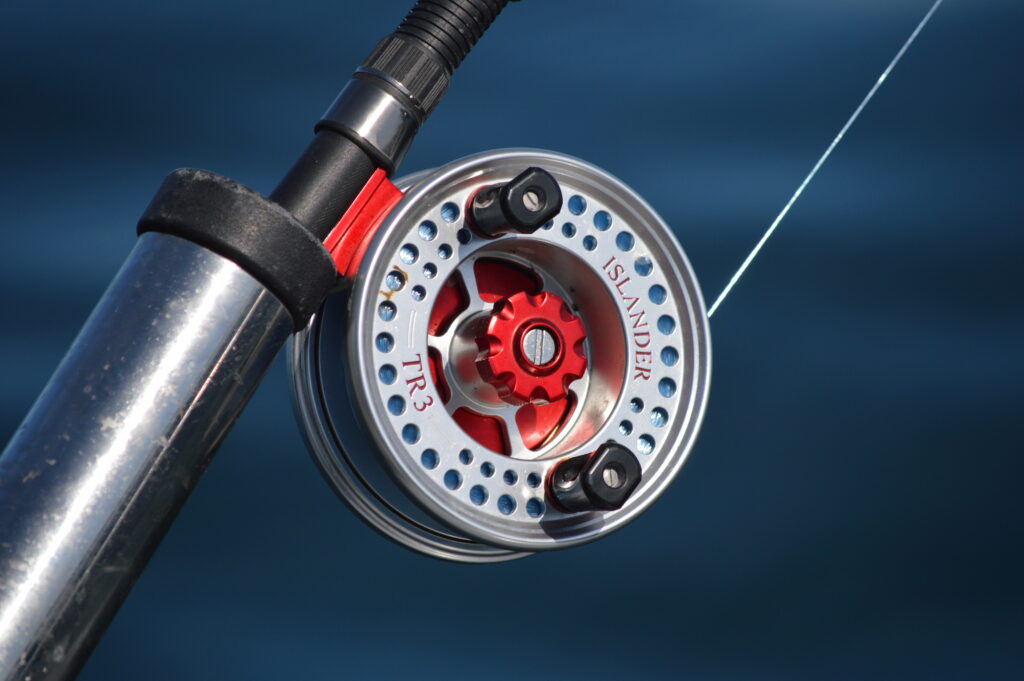 Southbound and down, anglers find the meat and potatoes of the Ripping Spring Chinook mantra: Washington hatchery fish. Columbia River and Puget Sound hatcheries pump the Chinook fry out and in many ways our prime BC early season owes our American brethren a heartfelt thanks.

“They’re all cookie cutter 18-21 pounders and they fight like hell,” says Gibran White, newly minted Head Guide at Reel Obsession Sportfishing in Zeballos and former Nootka Marine main dude. “It’s because they’re way up on the migratory route here and feeding like crazy.”

“You cut those fish open and they’re just full of squid,” White says. “The Chinook push the squid up on the shoreline and it’s a feeding frenzy.”

For anyone who’s experienced a rampaging inshore Chinook squid fishery, from places like Florencia Bay North of Tofino to countless WCVI rocky hideouts, it can be absolutely lights out. Jig your squid, bait your hook and hold on baby!

Gets me kinda excited just thinking about it.

Those early US fish don’t just run down the Island’s West Coast, they can literally stuff Georgia Straight in a good season. From Campbell River down to French Creek, Nanaimo and Victoria across to Sunshine Coast and Howe Sound, these early season hatchery fish help drive the Chinook fishery for guides, lodges, communities and the public fishery. 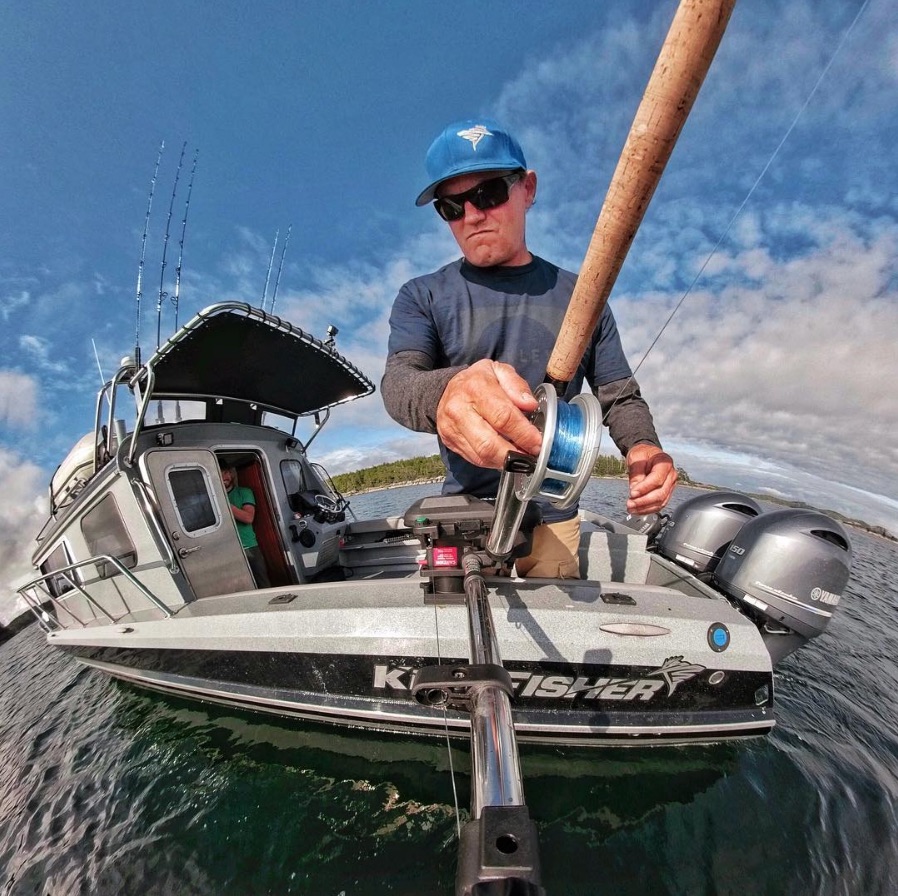 “The herring spawn in this area is one of the largest on the BC Coast and it sets the table for abundant spring salmon fishing,” says Jes McFarlen of Parksville Boathouse and French Creek infamy. “They fight like they have somewhere else to be.”

Across the Straight, Howe Sound has provided awesome early season angling for Vancouver locals and guide outfits like Pacific Angler and Bon Chovy for years. I’ve spent the past several seasons dialing this fishery in…and it can be a pile of good times. But it’s also ground zero for Chinook closures and the epicentre of efforts for that marked selective fishery.

So just spool up your Islanders and do what you do. Ripping Spring Chinook season is upon us and there is no better way to tackle things…than on the troll!