Updtae: Sadly, The West Coast Fishing Club’s co-founder, Rick Grange, passed away on October 10, 2018 after a brief but courageous battle with cancer. The West Coast Fishing Club plans to continue Rick’s leadership role in rebuilding the vital chinook salmon hatchery on the Yakoun River. Their focus will be to replace the aging and obsolete hatchery with a new and larger facility that has the capacity to incubate one million chinook salmon eggs annually. For more information, please visit www.westcoastfishingclub.com.

The year was 1981, and Rick Grange and his fishing buddy had just dropped their gear in the waters of what was then known as the Queen Charlotte Islands. It didn’t take long for their conversation to be interrupted by their first rod doubling over.

As Rick struggled to make up ground on what was clearly a giant, rod number two plunged towards the water. By the time the chaos was over, they had landed not one, but two once-in-a-lifetime fish—a 57- and a 52-pound chinook. As if that wasn’t enough, the next day they set an IGFA record by landing a 62.5-pound chinook on 6-pound test line, a record that had to be included in the 8-pound test category since there was no lighter class.

After that, Rick was convinced that he needed to share this special place with the world. In 1988, he and business partner Brian Legge bought two Boston Whalers and started guiding clients to some of the largest salmon in the world. From these humble beginnings, The West Coast Fishing Club was born. 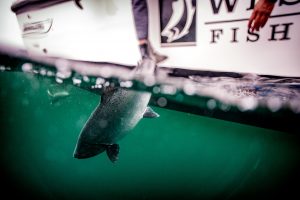 Put In More Than You Take Out

Fast forward 30 years and the area is now known as Haida Gwaii, The WCFC has matured into one of the world’s premier fishing destinations, and the Haida Gwaii Salmon fishing is still legendary. With salmon stocks declining everywhere that’s hard to believe, but since the beginning, Rick and The WCFC have been focused on putting more fish into the ocean than they take out.

In this 30th year of operation, The Club has launched a special Father’s Day Trip and Derby guest hosted by TV celebrity, Survivorman – Les Stroud. On every WCFC trip including Father’s Day, guests are encouraged to purchase tickets to the annual 50-50 draw to which proceeds go to the Friends of the Yakoun. WCFC will match the net proceeds of this draw. 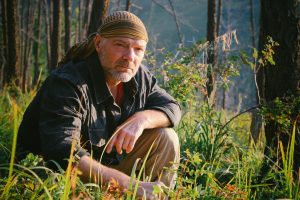 Last year, a grand total of $37,115 was donated to the Friends of the Yakoun River Society. As sponsors of this derby, Islander’s Steve Rennalls thought it was a great time to have a conversation with Rick about his work, the legacy it is leaving for future generations, and how you can get involved.

Conserving One River at a Time

SR: In many places along the coast, the pressure to guide guests to 30, 40 or even 50+ pound fish has resulted in overharvesting and the disappearance of these giants but in Haida Gwaii, it’s still possible. How have you managed to strike a balance between supply and demand of these majestic kings?

RG: Well it would be much easier to leave it to chance, but one of the first things Brian and I committed to in our business plan was that our operation would put more fish into the ocean than we took out. We are in the business of ensuring that our guests can return to enjoy that same experience year after year. 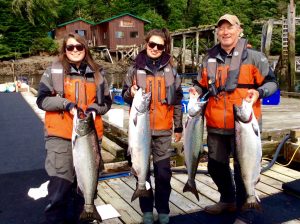 RG: Back then, we were inserting “spaghetti tags” into released fish that were subsequently collected by biologists after spawning. We learned that our salmon were returning to rivers from California and on up the coast. Using this data and in consultation with George Bates—one of DFO’s fisheries officers—we decided that the Marble River and Quatsino Sound was where we could make the most significant impact.

Quatsino Sound formerly had chinook returns on around ten rivers, but commercial over-harvest had eliminated runs on all but the Marble and the existing hatchery facilities were not equipped to turn thing around. 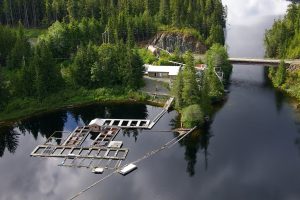 We started the Friends of the Marble River society that—among other things—has rebuilt the hatchery, restored stream habitat, and released over 20 million chinook and 3 million coho fry. We have seen returns move from marginal to healthy, while also restoring self-sustaining chinook runs on six other rivers in Quatsino Sound. We made this possible because we developed techniques like open pen rearing—an innovation that tripled return rates—that have since become standard practice elsewhere.

Turning to our Home Waters

SR: With the Marble River thriving, you’ve started a new project. What’s the story behind Friends of the Yakoun?

RG: We turned our attention to Haida Gwaii itself after the highway between Massett and Port Clements was rebuilt. It’s hard to believe this could happen given what we know about salmon today, but throughout the length of that road, the culverts they installed created a barrier to salmon passage.

We talked to Highways who said it was a Fisheries problem and Fisheries who said it was a Highways problem and nobody would fix. If they weren’t going to do anything about it, we would. We partnered with Haida Gwaii Salmon Unlimited and Langara Lodge and together we raised over one million dollars. Using that money, we modified or replaced every culvert on the highway with fish-friendly passageways.

This project got us started on Haida Gwaii, but soon an even more significant problem presented itself.

Most of the flights that I take into the Outpost travel south along the west coast of Haida Gwaii from Langara. I happened to fly one across Graham Island two years ago, and I couldn’t believe what I saw. 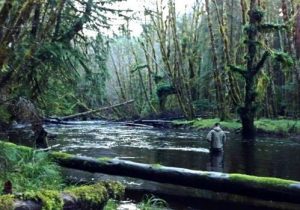 Fifteen years ago, the area along the Yakoun River had been pristine wilderness, but since that time the logging companies have razed the area—it looked like a nuclear bomb had gone off! In some places, they had logged right up to the river flooding it with silt. Also, there was a log jam that must have been a half a mile long, and there was equipment parked close to the river. As the only river in Haida Gwaii with chinook salmon returns, it was clear that there was an urgent need for a response, we then created the Friends of the Yakoun.

SR: What does The Friends of the Yakoun hope to accomplish?

RG: At the highest level, we’d like to take what we learned at the Marble River and apply it to the Yakoun. That is, take a multi-pronged approach to stream restoration that includes research, hatchery programs, habitat restoration, and local community involvement.

We have partnered with the Old Massett Village Council and are working with them to improve the hatchery system they already have in place. The current facility is 40 years old, mostly volunteer-run, extremely labour intensive, and has not seen an increase in funding for 15 years —problems compounded by the decommissioning of logging roads once used to access the cold water the fish need. 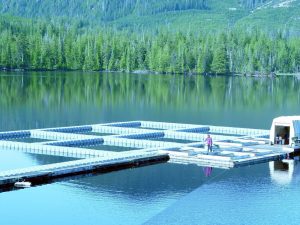 As a short-term fix, the Friends of the Yakoun have been making up the budget deficit as well as topping up employee wages to livable standards.

We are currently working with the Old Massett Village Council to develop a new hatchery that will eliminate the inefficiencies of the old one. Together, we are raising money that will be used to design and engineer a modern facility capable of raising one million chinook fry annually.

For the hatchery to be effective in the long-term, we will also have to see some dramatic stream rehabilitation. The poor logging practice has deposited silt in the river, as well as formed numerous small pools on the river edges that trap salmon fry and then dry up. Many community led projects will be necessary to tackle each of these challenges.

SR: Who have you partnered with to accomplish these goals?

RG: The first thing we did was approach the Old Massett Council to receive approval to start this project. They provided us with a council resolution supporting the relocation and construction of a new hatchery. With Old Massett on board, we also teamed up with the West Coast Fishing Club and Langara Fishing Adventures. We’re all working together and contributing our diverse expertise to get this accomplished. 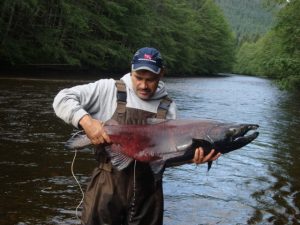 SR: What kind of timeline do you anticipate for this project?

RG: Well, there are a number of ways to answer that question. For the hatchery program, we’re anticipating about a three- to four-year project. That said, the stream rehabilitation work has a much longer—even indefinite—timeline. Just correcting the damage before us will likely take 20+ years.

SR: What makes the Yakoun special?

RG: The Yakoun is the only river in Haida Gwaii that sees returns of chinook salmon. On top of that, it hosts the other four B.C. salmon species as well as a tremendous run of steelhead. This diverse fishery has supported the Haida people for hundreds of years and was a primary food source. Now, with the damaged habitat, all that is in jeopardy.

Restoring this river to its former glory is essential to the continuation of their lifestyle while also central to that original goal Brian and I had—put more fish into the ocean than we take out. 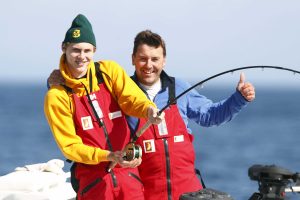